Well DUFI all began back one cold winter’s night in 2001. After a day of creative work, for other people’s profit, Fin and AL were sitting having a drink and talking about how they both felt the need for some creativity for creativity’s sake. The next evening – some spray cans, cardboard boxes and Stanley blades later – the wall in Fin’s spare room was the proud receiver of the first DUFI! Unfortunately all that now remains of those first steps is this small Polaroid and a few sketches. 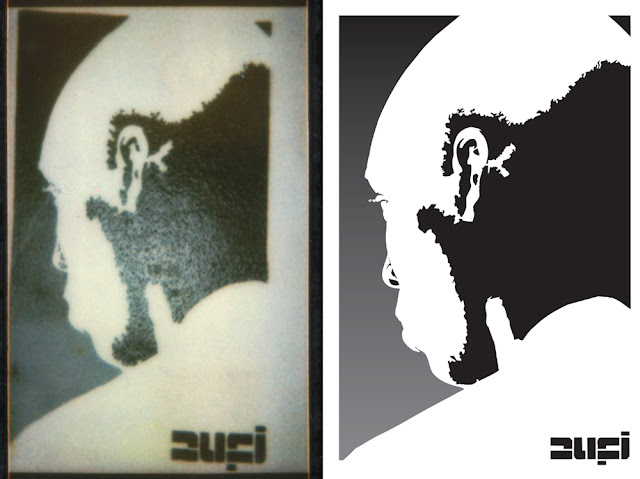