We were asked to produce a temporary installation in the newly refurbished Eden Court.

To combine our love for stencil art and music we decided to create “Teenage Kicks”.

The installation included 22 LP’s mounted on the wall (as a rather large DUFI!), as well as a living room opposite (yes that is right, we created your gran’s front room in the lobby of Eden Court), which included an record player, an 80’s medical handbook (our instructions) and the school jotter (our visitors book). 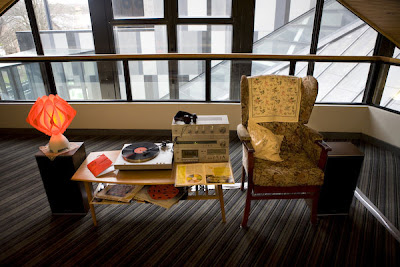 Three of the records were spray painted, the other 19 were removable and could be played on the retro record player.

Now we would love to say that we grew up listening to early hip hop and alternative music, but the truth is it was a whole lot uglier than that. 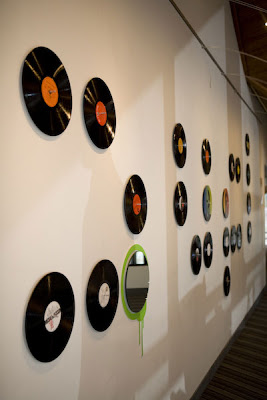 The albums included in this collection were as follows: 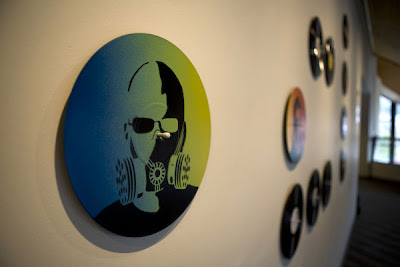 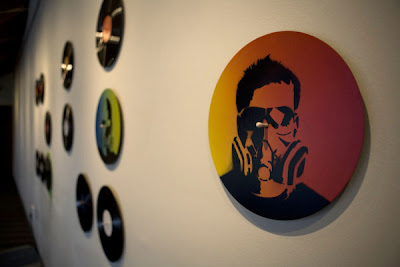 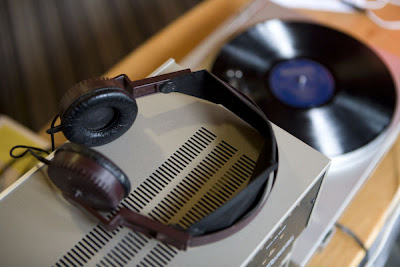 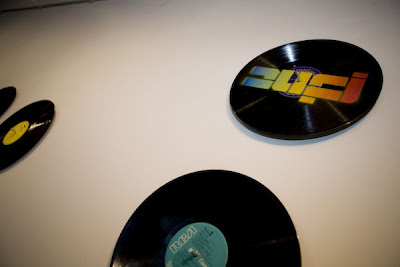 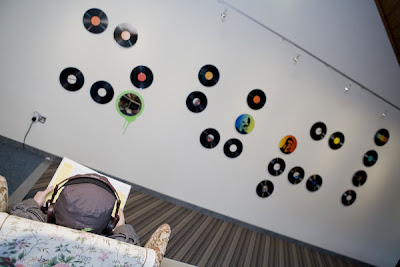 PreviousPrevious post: Got ma nuts from a hippy.
NextNext post:Countin’ flowers on the wall, that don’t bother me at all