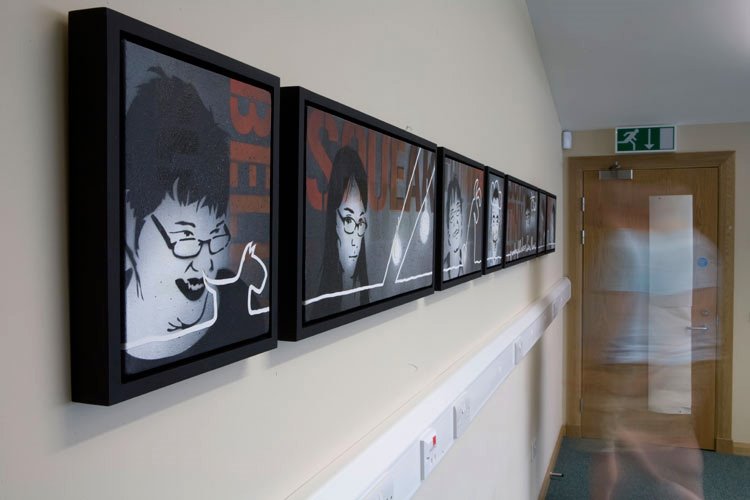 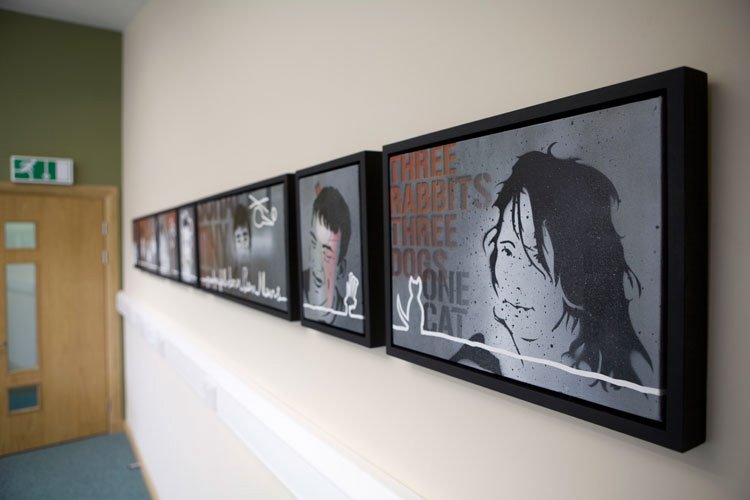 One of the DUFI projects that has been simmering on our little creative back burner for several months (like a good old pot of stew!) is a commission we recieved to produce works for the new health centre in Fort William.

As part of our research and development for this project we worked with Lochaber High School Support for Learning Department. We spent a morning with the young people in the department, and had a lot of fun doing chalk stencils as well as some great chat.

In the end, we decided to make our commission a tribute to these young people. Using their stories and anecdotes as inspiration and texture for the piece. As some of you might remember, when we mentioned this commission before, we said that it was going to be a series of four works, but in true DUFI style this has grown limbs! The final work is one piece called BELLASQUEAKTHUMPER, a series of seven portraits! 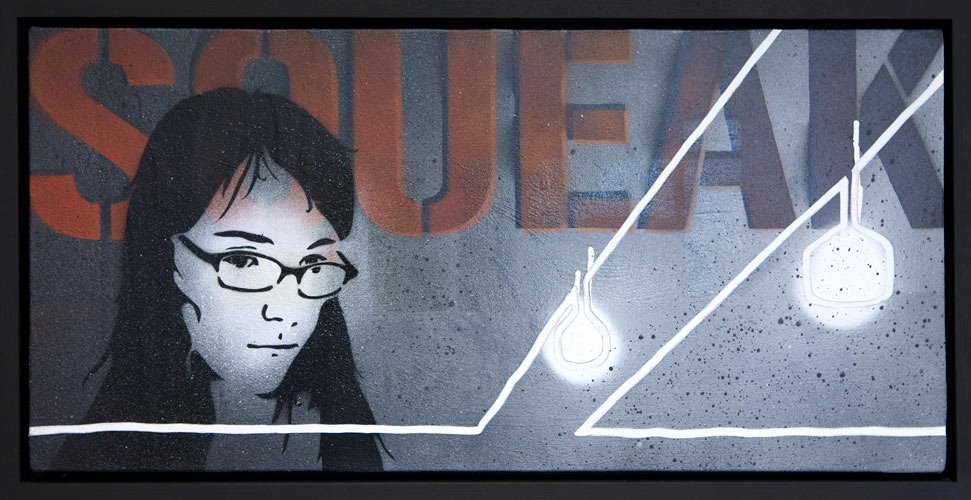 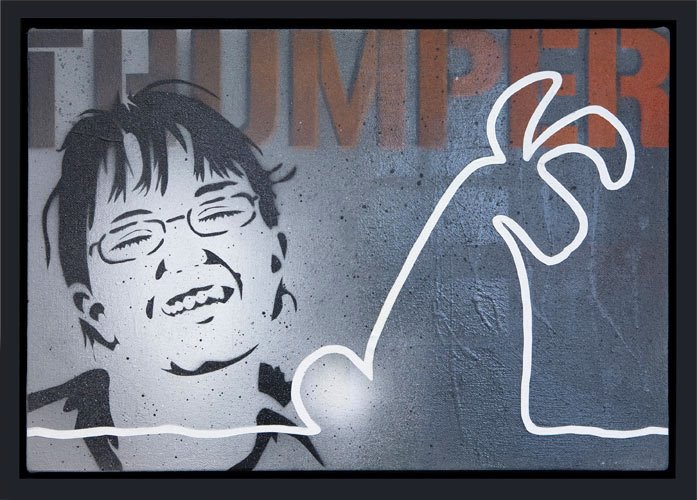 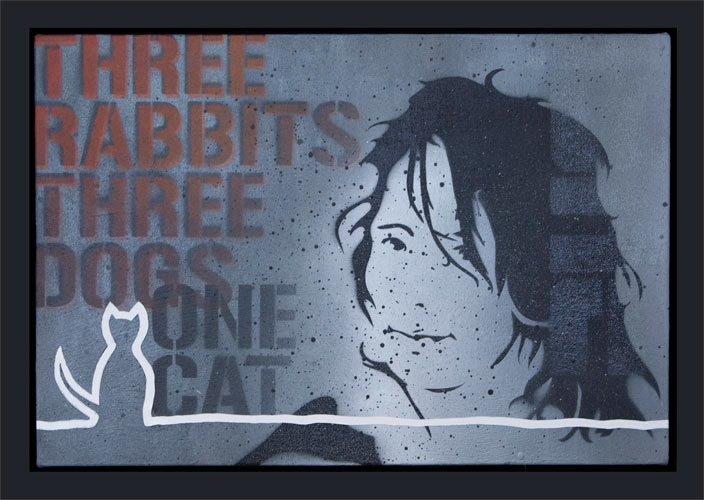 PreviousPrevious post: Countin’ flowers on the wall, that don’t bother me at all
NextNext post:Lay it down easy but lay it on me