The works on Baron Taylor Street (BTS), in Inverness, are now well underway. We have been working with the kids at Cauldeen Primary and they have come up with some great poems – two of which we are placing into the stonework on BTS. There will be a poem at each end of the street, sandblasted into the edges of a large central drainage channel.
The first poem went is just before Christmas, and the second will be installed in the next few weeks.
The pupils also came up with five word pairs for us, one of which will be placed next to each of the drains on BTS. 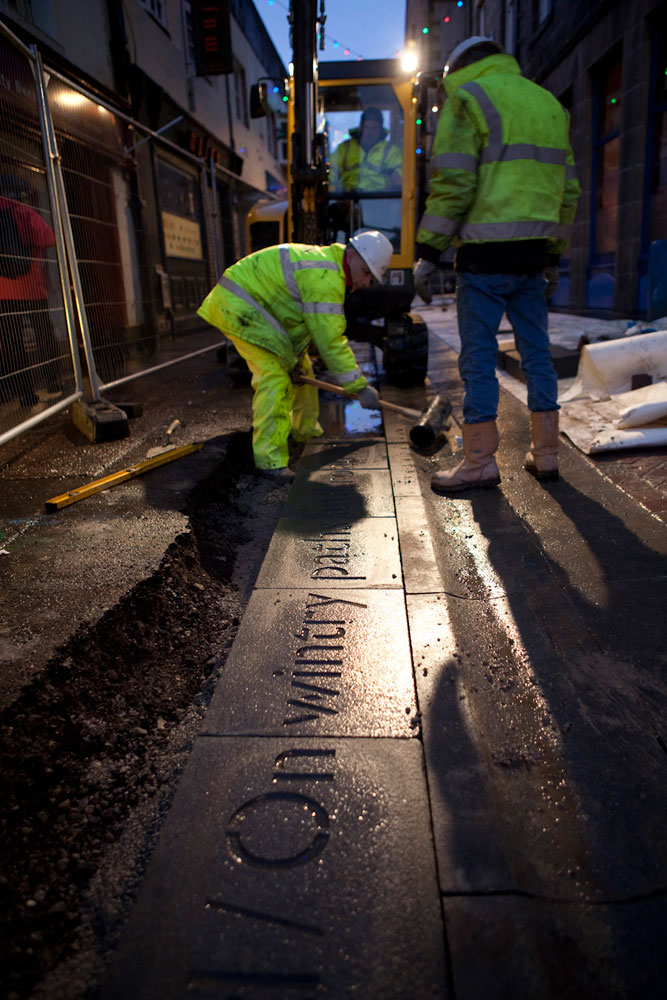 0 thoughts on “‘Til there’s a ghost in every town…”

PreviousPrevious post: Its raining icepicks…
NextNext post:Maybe it’s alright to turn you on – turn you on to something new