Wow – where does time go?! Not a metaphysical question by the way, just an observation that so much seems to have happened over the last few months and that we have had hardly any time to breathe either individually in our own work or collectively as DUFI. 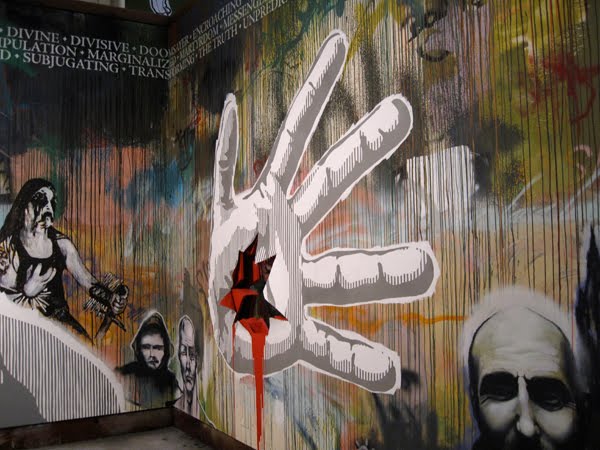 So first things first, The National Portrait Gallery of Scotland. Rough Cut Nation opened on the 7th August with crowds of people coming to see the work. Over 1000 people through the doors that day with people queuing to get in is pretty good…To say that the whole project has been a success would be an understatement! Richie Cumming and his team have done a fabulous job of curating and organising this show. It would be difficult to pick out highlights for us, as the whole show really is a collective effort. A mix of traditional freehand, stencil, sticker, paste-ups and throw-ups as well as sculpture, new technologies with work overlapping and spaces literally bleeding into each other.

Just a delight to work with the guys and girls there with a distinct lack of egos despite some serious talent on show…thanks everyone! 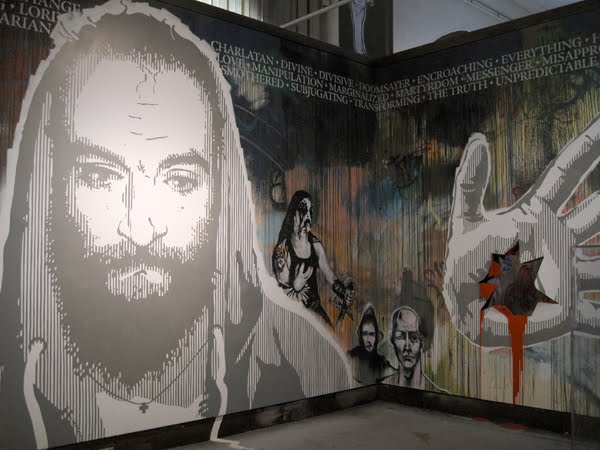 From a personal point of view we are both really happy with our own piece within the show and with the creative decisions we made along the way – either on our own or in consultation with the other artists. It was a challenge to work at such a large scale with a hand cut stencil but it was rewarding work as well (Even if we did cause a major disruption to the project by laying on 4 cans of paint in about 15 minutes!! Thankfully all was sorted and things could go on). 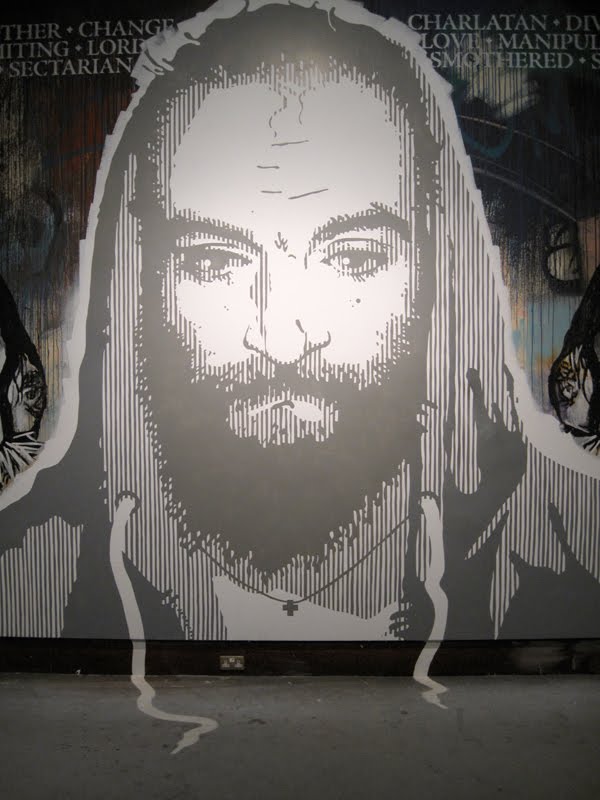 The response from you good folk out there was phenomenal – we got over three times as many words as we could use for the artwork and it was difficult to narrow it down to something we thought would be representative of the diverse views expressed. It was also a challenge to work out the best way to group these words, and in the end we decided to list them in alphabetic order – It just seemed that it would be too contrived to do it any other way and even a random selection would seem ordered! 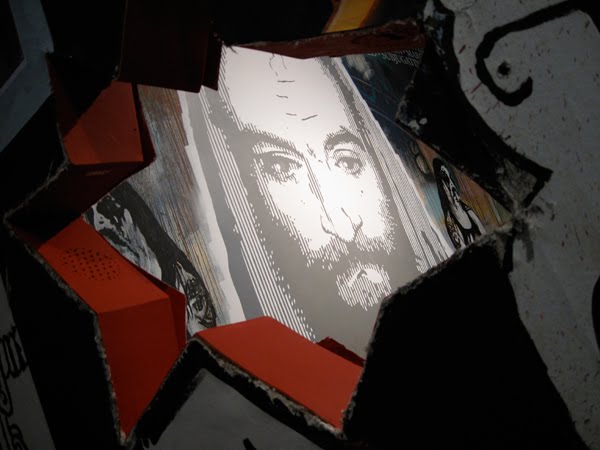 PreviousPrevious post: Less than a command, more than a suggestion
NextNext post:I’ll save my good side for you