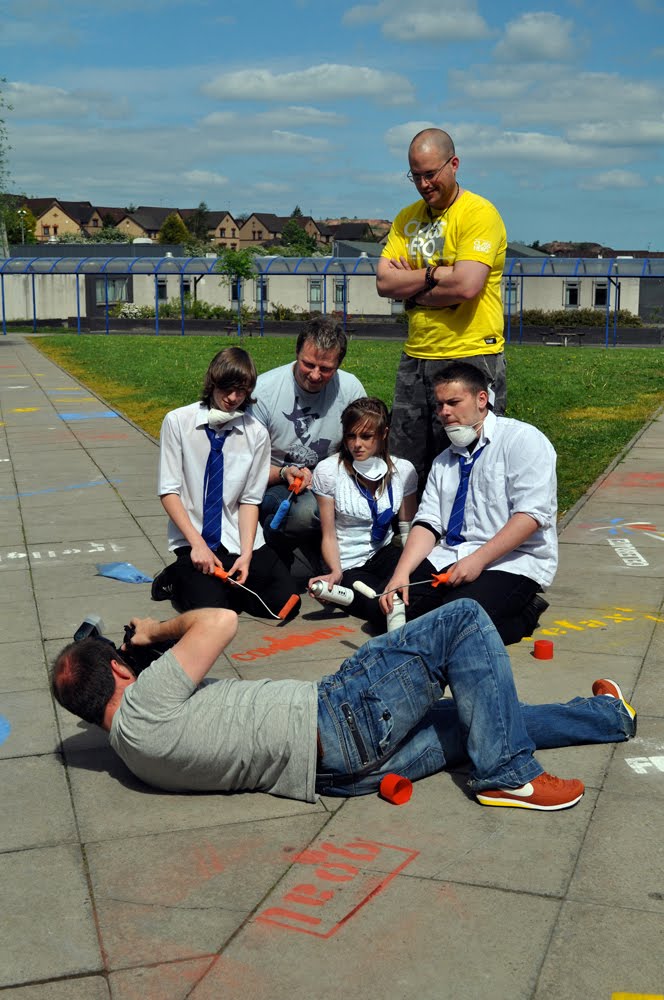 A couple of weeks ago we spent two days work-shopping with the pupils of Broxburn Academy as the Shale People project got underway. To say this was a baptism of fire for us would be an understatement. About 120 pupils from S4 worked intensively over the two days researching material to inspire work on both our piece of work titled Clocking Off (for Broxburn Swimming Pool) as well as Andrew Crummy’s mural (in Uphall). Under the incredibly calm direction of the project leader Shirley-Anne Murdoch, we managed to unearth some really interesting material that we will work into the final design which we hope to paint in August/September.

Day One really was the information gathering day while on Day Two we had a much more practical hands-on session where the pupils designed and cut-out their own stencils. Thankfully, Shirley-Anne even was calm enough to arrange good weather for us as well to allow the pupils to chalk the designs in the school quadrangle! A tiring two days but thanks again to the pupils, staff and especially Shirley-Anne for arranging and organising this. Looking forward to painting (also handy to know we have a decent bed to sleep in when we are there – Fin’s brother Dunc very conveniently in Uphall … perfect for beer and steaks!) 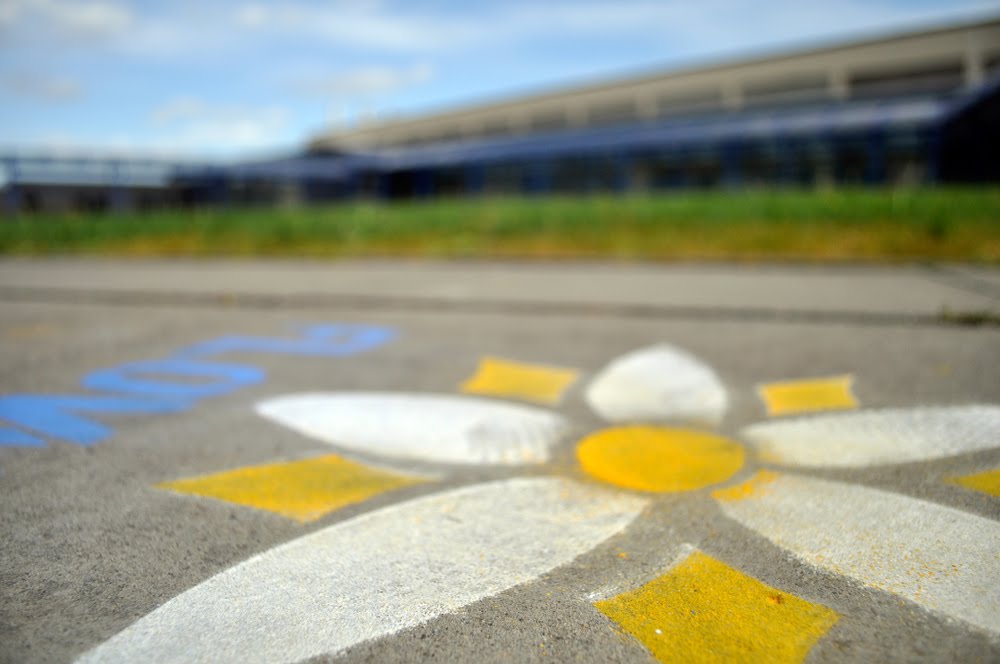 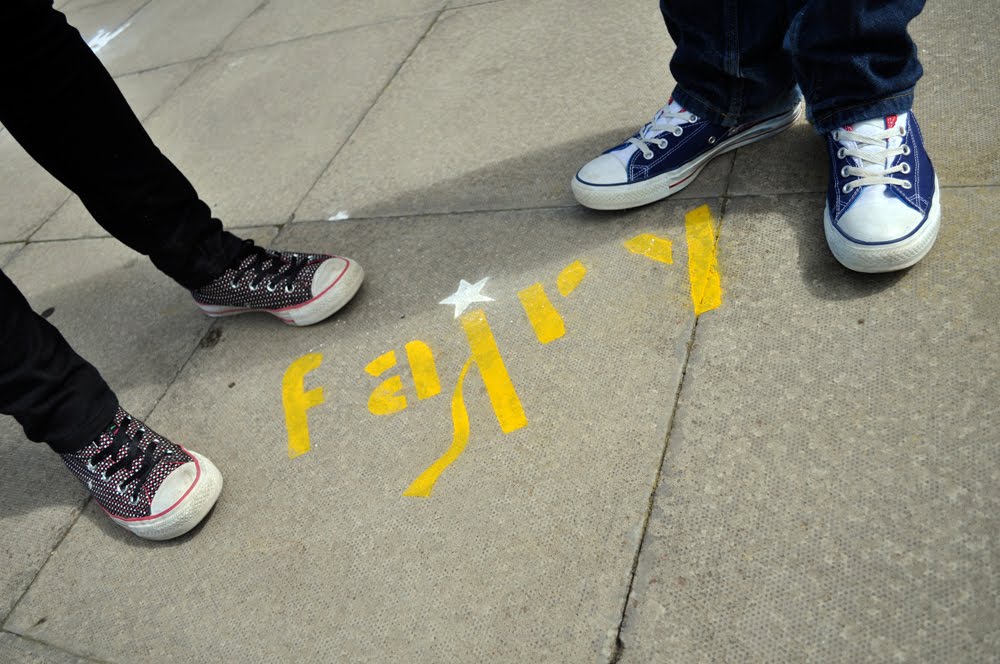 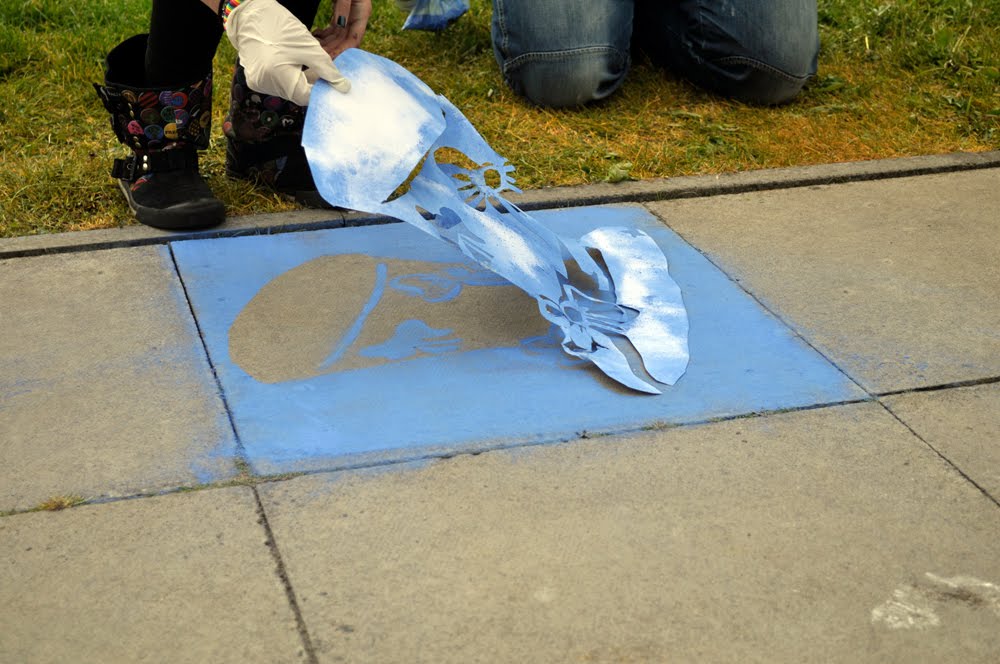 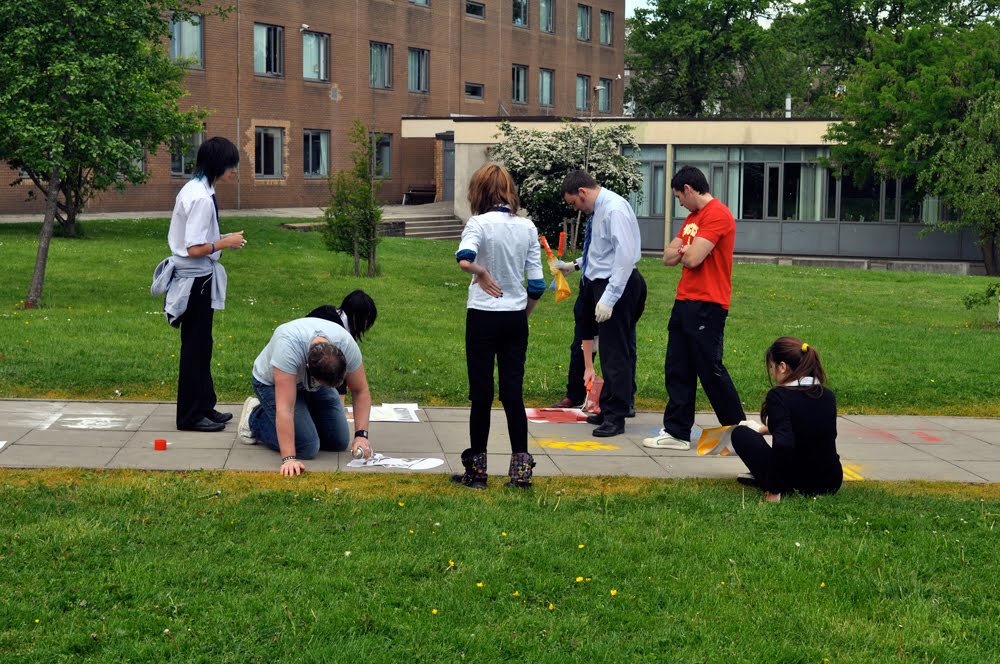 PreviousPrevious post: Afraid to walk when it is not on water
NextNext post:School’s out for summer…