Another recently finished project that we completed the beginning of November. We spent a few days with Libby, Chic and the gang at J12 in Glasgow working on a wall for their youth centre drop-in.
The starting point for this was about 6 months ago with a discussion with the group about what they would like on their wall and the idea of revolution and change was settled on. Using themes of old Communist propaganda we came up with this design. 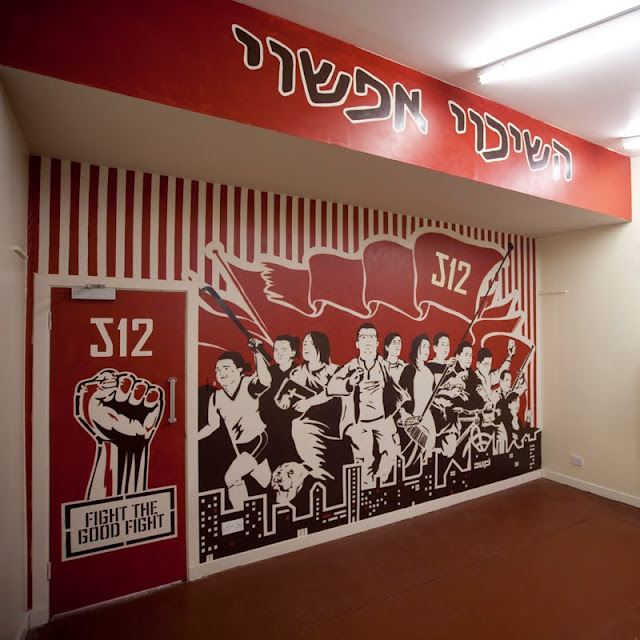 Incorporating the kids themselves into the image ( a recurring theme in community projects!) was a lot of fun – one of the kids dogs appeared and we even snuck in a chicken…

Libby said “Everyone loves the wall, lots of “Wows” when people go through for the first time. Thank-you again for all your work, especially the way way you were with the kids” 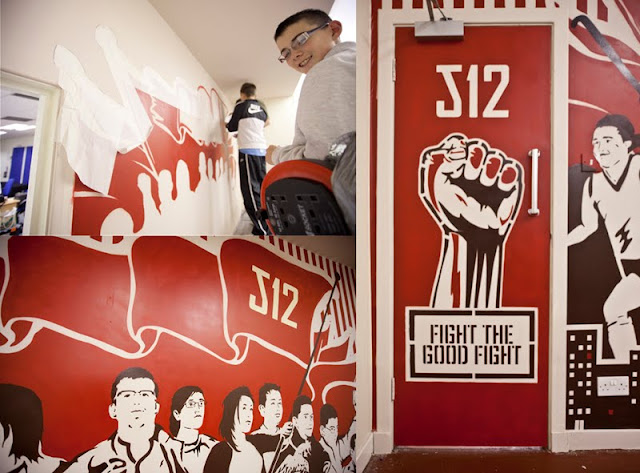 Also repeated the hand motif from Re-Imagining The Centre
The text that runs along the top is Hebrew and is a tattoo on the Chic’s forearm. It means “Change is Possible” – can’t argue with that.

BLOG TITLE
LCD Soundsystem – I Can Change
This Is Happening (2010)